No I don’t mean she got sick, the little firecracker has a video that has gone crazy online!

So Brooke has been upset by homelessness for a long time and always makes an effort to give money, and say hello to people living on the street.

You see children have a natural feeling for what’s right an whats wrong, they know it instinctively. When she saw homeless people, she asked me why they didn’t have a home.

I explained there are many reasons, and we talked through a few (in a child friendly way of course.) Brooke then asked why I couldn’t buy them all houses, to which I explained that I wouldn’t have enough money to do that.

She asked (logically) “Well who does? Who’s in charge? The Queen?”

I explained we have a prime minister and she asked their name.

From there she has had a major bee in her bonnet. She and her younger sister are saving any money they get, to buy presents for homeless people at Christmas this year. They even sold a slice of birthday cake they got to their Dad for 50p to put in their pot.

Children see the world very black and white, no nuanced bits and actually they cut through the crap. It’s refreshing.

This country is RICH, we have the money to all have a decent standard of living, its gross that we have people unable to have a roof over their heads and if my 5 year old daughter can see that, then so should the divs in charge.

Yes my daughter does come from a long line of ‘ranters’, me and her Dad are passionate and get out to stand up for things, when we believe it’s worth doing, my parents did the same, my Dad was a shop steward and his Dad was too.

In fact my Dad has told me hilarious stories of waking up to find someone sleeping in his house, that he didn’t know. Someone his Dad had found homeless on the street, or someone from down the pub, who had fallen on hard times. A memorable one being  an American bloke, called Chuck that my Grandma eventually had to lose in Newcastle City Centre, as he wouldn’t leave.

So we come from a long line of people that give a shit and I am more than proud that Brooke does too.

“Children should be playing, not discussing politics”

“She’s been told what to say”

“Child actors are pretentious and gross”

So to sum up, Brooke is kind hearted, little darling and just cares about what is going on in the world, and fair play to her.

So this afternoon, when she gets home from school we will dance around, play, chat about her day, and maybe even discuss real life stuff too. Brooke has more going on in the background than any of you will believe, her Dad has grade 4 brain cancer and this little superstar is worried about others.

Shame on the adults that see it as anything more. 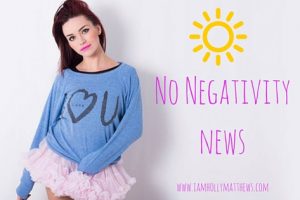 Why the news is making you sad! 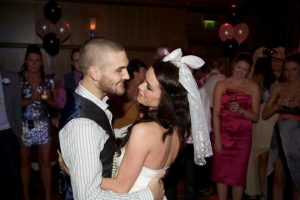 Hi guys, please click HERE to read an article about me and[...]

You can’t bomb people into peace!