Thats’s it, I have had enough!

I have had enough of being bombarded with information that is intended to make me feel bad about myself.

I switch on my TV and it’s slimming adverts, the new fad, join this gym, buy this work out DVD.

I pick up a magazine and it’s gossip about ‘celebrities’, he said, she said, they’re fat, they’re thin, look at these thigh gaps!

Social media is a mine field of anger, bullying, snide comments and people faking their lives.

Those that know me, will know I am sickeningly positive. I’m the glass is half full, with a cherry on top kinda gal and I will seek out the positives in everything, but even I am sick of having to work so hard.

What I want is people to be free to be themselves, for us not to be ashamed of the things we really like, to open up and be vulnerable, without it being some big drama, or filmed for a reality TV show.

It’s beginning to feel like we are all just going on along with this big, crazy charade and it’s making us feel so lost and anxious.

So lets get real. Whether I want to change it, or not, my truth right now is this:

We can sit and look at our lives and tell the story in whatever way we wish.

The Mum who looks at ‘that girls’ Instagram who is travelling the world, with her amazing body and positive quotes, may look at ‘that girl’ with envy. What ‘that mum’ might not know is that ‘that girl’ is desperate to settle down, have children and the travel makes her feel lonely.

What you have right now, someone else is desperate for, so decide to ignore the bollocks that is intended to make you buy more stuff you don’t need, distract you from more important things and doesn’t serve you AT ALL and focus your attention on whats great about your life.

Without gushing too much about my own life, I was washing the dishes the other day and I looked out of the rainy window and I thought ‘I love my life’. It’s not perfect, it has some seriously hard stuff in it, but it’s also brilliant and new things happen all the time.

I will not ‘get in line’ and compare my life endlessly to other peoples, I do not know their truth and it merely distracts me from my own goals.

It’s OK to be YOU. In fact it’s more than OK, its great! Be weird, lets yourself go, forget other peoples opinions of you.Give yourself a break, let go of what it was ‘supposed to be’ like and enjoy the ride! 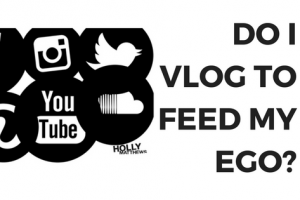 Do I vlog to feed my ego? 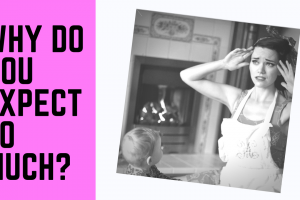 Are you a perfectionist? 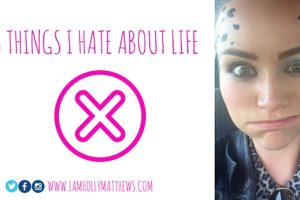 5 things I hate about life!