Im going to be brutally honest and if it offends you Universe, then tough.

Theres my starting point. Being offended is up to you, it’s up to me if I’m offended by something, its up to you if you are. There is no divine right, not to be offended, you are not going to be sheltered through your whole life, protected from anyone with a difference of opinion. We must as people understand that opinions are a good thing, being offended can even be a good thing, as it makes us challenge ourselves. Some peoples views are abhorrent to me, but unless they are inciting violence and putting people in danger, then I believe they should have their right to speak and then, guess what?, we can judge them based on that.

Racists for example. Hello racists! You make me sick. Basing your opinion of someone on their race is pathetic and it makes you a sad, confused, strange individual, however I also want to know if you are one. I want you to let me know that people of a certain race offend you and then I can tell you to shut the hell up and avoid being around you. Easy, peasy.

There has been a big controversy about Donald Trump coming to the UK recently, after he said he would like to ban Muslims from America. First off Universe, what the hell? This man wants to be the president of the United States of America! They’re pretty big in the world order and he is a really nasty piece of work. You really need to make sure the good people go out and vote to stop that happening, no good will come of it (especially now he’s partnered up with that squawking lunatic, Sarah Palin)

As we are talking about gun toting right wingers, I have had a fair few arguments on Twitter of late and it has made me feel a little sad about the world. Argument one was a race based argument. I tweeted a comment about racists crawling out of the woodwork, off the back of a Muslim in London stabbing someone and shouting about Allah (#youaintnomuslimbruv) and the right wing American crew went nuts. I was told I hated my own race, was tweeted white genocide (not something I’d ever seen discussed before) and was opened up to some views that shocked me, very, very strange.

The next argument was about guns in America. Wow you cannot tell some Americans that guns are causing problems in their country, can you? They really, really love their guns, really love them, more than anything! They are the same people with #prolife and #christian #military in their twitter profiles and they are militant, scarily so.

Do you know the worst sentence Ive heard in a while? “The only thing that stops a bad guy with a gun, is a good guy with a gun.” NO, no it doesn’t. No it doesn’t you lunatic! Just don’t have guns, nobody have guns, guns kill people, in the UK we have very, very few gun incidents, why? BECAUSE ITS NOT LEGAL TO CARRY A GUN! In America there were more mass shooting last year, than days!!! Thats unreal! Your people are being killed, not by those ‘outsiders’ you’re so scared of, by your own people!

Wake up. The whole ‘Its my right as an American, it’s in our Constitution” shite, is a rubbish argument. Things change, our knowledge of life changes, we grow and surely since that was written we have learnt a few things. Its time to face up to the fact that if you give some people guns, bad things happen. Sort it out.

Next religion….ooooh ‘oh no she didn’t’. Yep. Yeah, Im going to. First of all I’m going to be brutal, remember what I said about being offended all he time? Listen to my argument and if you disagree thats perfectly fine.

I dont believe in a God. None of them. I don’t believe in an after life, I believe that when I die, that is my time up. This means I do the best I can right now and I treat my life as if it is precious and there is no utopia afterwards to save me.

I know for some people this is sad and scary and they want to imagine their loved ones happy and in heaven. I really understand that desire and its so painful to lose those we love, often in tragic circumstances. I understand the want to find sense in it and to alleviate the pain of the loss. Shit, man, life is so tough sometimes, its nice to have a bit a magic. If it works for you and you don’t impose it on others, fill your boots.

What I will say though, is that I should be allowed to laugh at your views, poke fun and questions them, but I’m not am I? If I say anything of the sort, I will be slammed. I’m not afforded the same luxury though am I? Oh no, you can tell me I’m going to hell, hurl judgment all over my life, free as you wish to.

In my opinion religion was and still is a way to keep us in line, keep us scared and obedient and stops us from being truly free and enlightened people. It is your right to laugh at me and whole heartedly disagree with me, thats whats cool about a free society and open debate.

One of the things that always makes me laugh about religion is the little outfits they all impose. Why? So your God, is just sat there saying “you have to wear a funny hat” “You have to wear your hair like this!” “You bloody better have a beard too” It seems very preoccupied with trivial matters and makes me wonder if their God has an excellent sense of humour.

I know this isn’t the biggest argument against religion, but it causes so many problems in the world, people being in these clubs, so much war and murder, that I think we need to start growing up about it all. Your life is happening right now, do good now, don’t hide behind God, go live your life as you please (as long as you aren’t hurting people)

he next thing we need to discuss is poverty & famine. We have enough food and water to feed the world, we have enough of everything, but yet people are starving to death. People are living on the cold streets of London, dying in Africa, why? What are we doing? I won the life lottery being born into a working class family in the UK. Not rich, by UK standards, but rich by world standards and I have opportunity everywhere. It pains me to see people suffering and see so much wealth in the world. Can we all stop worrying about getting the newest iPhone and more about why a single Mum in Glasgow is having to go to food banks to feed her children, why children in third world countries are having to choose between dirty, disease ridden water or no water at all. Can we just all learn to fucking share!

Anyway Shall we all just try and be nicer to each other, start sharing more, appreciating people and not kill people. What do you think? You up for it? I am and I DONT need a religious text to tell me to. Its great. I just wake up and don’t want to rape and kill people (mostly I just want to drink tea and chat to people I love).

So, Universe, I feel the need to tell you this because I don’t want to keep all these thoughts locked up in my head and perhaps it will make people think. It might not, but we at least need to talk about it all. Gun toting crazies, I hope you find a calm place in your head soon, its much easier, I promise. 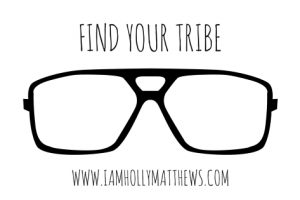 How to build your tribe?

When setting up in business, particularly an online one, you[...] 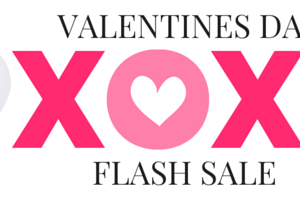 As its Valentines day, even though I think its[...]