This post has been sparked by a wonderfully vulnerable blog by the wonderful Mel wells Mel and I’s lives have crossed over many times (both have been actors, used to be part of the same acting agency, live in the same city, know similar people) yet we have never met. I have, however followed her social media with interest. She is very positive, full of healthy living and her pictures and updates inspiring. Mel shared with the world that she too has many of her own insecurities that perhaps the pictures don’t show and she bravely discussed them.

I was really impressed by this post as even with the knowledge of PR, spin and and the ‘highlight’ reel of social media, I still get caught in the trap of comparison and life envy from time to time and knowing that we all share many traits is helpful.

As Mel encouraged people in her post to do, I have decided to brave this topic too. I read Mel’s post a few days ago and have honestly been going back and forth about sharing such personal things with you, but I have decided that as someone with a platform it’s important to be open and to share the rough and the smooth, so you don’t think the clean cut version is ‘all’.

The picture: This is a still from BBC Casualty. I did an extremely harrowing 2 parter. This went out to millions of people, gained me lots of attention and was work I am very proud of. I worked with some amazing actors and a fabulous director, its a job many would dream of.

Behind the picture: The tears were real. This is hard for me to watch because this was before my husbands diagnosis of brain cancer and he was struggling so much with his mental health. We appreciate now this was due to the tumour, but at the time it was terrible. I was away from home while I filmed this and my daughter Brooke hated it and cried constantly. It was an incredibly tough story line and that kind of intensity can sometimes take its toll (however I did work with a wonderful cast and director, so there was lots of fun to be had too.)

The Picture: This is me hitting a very important position in my coaching business. This was a hugely prestigious event, where I accepted an accolade on stage, in front of thousands of people, was congratulated by other very successful business owners and had my daughter along with me.

Behind the picture: I wasn’t going to go, my husband wasn’t feeling too great, I had tons to do and I literally got there as i was asked to come on stage, I went on, accepted the award, got the picture and came home. Texas had pooed herself and I was there for about 30 minutes. I missed all the pomp and excitement of the event and I rushed home to make tea (my make up was also a last nights left over touch up and my hair was full of dry shampoo)

The picture: In order to get my daughters eating their lunches I started making them into pictures. I got more and more creative and it really worked, they love it! I posted the pictures on social media and people still message me about it. I actually like the creativity of it.

Behind the picture: It takes ages and my kitchen looks like a bomb has gone off when Im finished. I don’t like wasting food, so my dinner is the scraps that come off the food made into a salad of some kind. Its still great fun, but not as sleek as the pictures make out. Im not super woman.

The picture: Me spending a wonderful day with the beautiful Carrie Doyle, a lady I have worked with over the last year and greatly admire. I paid for her to attend this spa as a reward for building her business and we had a lovely day being pampered and eating cakes.

Behind the picture: I rushed to get there as I had spent a few days in London taking care of my beautiful Nephew. My sisters partner was in hospital having chemotherapy and I was there to give her some rest bite so she could visit him. During my time there the London borough of Waltham Forest Council decided to steal my car (towed it for no real reason and when i can be bothered ill dispute it) and make me pay a ridiculous amount of money to get it back. This meant I had to look after two toddlers, without a car, couldn’t get any food, spent all of my day on the phone to the council, lost money, then had the worry of my sisters situation, getting back from London, getting my daughter to nursery, worrying about my husband and being bloody exhausted. It was a fab and needed spa day, but the picture doesn’t tell the lead up to it.

The pictures: This was a photoshoot I did with my super talented friend Kayleigh Pope for an up and coming designer.

Behind the pictures: firstly we spent a whole day looking for a location to shoot and this ended up being on the side of a mans house (who kindly allowed us to use it) What you also won’t know is that I was really struggling with body image during this shoot. I hadn’t modelled since my husbands diagnosis, felt out of shape and anxious. I was being very self critical, which is definitely not the norm for me and actually looking at these photos now makes me realise how sticky my mind was, as I now see I look great (so a positive to come out of this)

The picture: This was me speaking to 3000 successful business owners. A room packed with talent. I was asked to speak at this event by a very well respected business coach Ange Loughran and on the front row was top earner and an amazing inspiration to me, Jayne Leach and her husband John Curtis. Little old me getting the chance to teach this crowd something was a true joy.

Behind the picture: Firstly I was really nervous. I’m a TV actor, if I’m on stage its behind a character, this was me and I was sharing some pretty personal stuff. I burst into tears on stage (which feels like being naked and is very, very vulnerable) it wasn’t nerves of course, just the topic I was discussing was so personal. I was also worrying about being away from my family for the day and how my husband was. I was congratulated massively for my speech and although I loved speaking, the negative self felt the applauding was all a little undeserved as I was just sharing my story.

The picture: Me and my beautiful daughter, happy and spending a lovely day together.

Behind the picture: I was struggling with mindset. I felt like I was wading through mud and although I have it all and I’m so grateful for my life, I couldn’t pick myself up. I was suffering from being up a height (hypomanic) and then crashing, Im a total insomniac anyway and I just wasn’t looking after myself at all. Pushing myself into work and feeling guilt at every angle. Not who I am and it couldn’t continue. I was actually taking some time out with Texas to refresh (which worked) but feeling pretty low at the time.

The truth is, I, like most, post the positive aspects of my life. I choose to be happy and so I focus on that. I seek out and only allow my brain (where humanly possible) to focus on the good stuff. thats genuine and so are all the photos, but they only tell one part.

Remember this when you scroll through your news feed, no one is going to post the struggle, the inner turmoil, the mess. That doesn’t mean they’re full of shit and coming from the entertainment industry (which is a whole other post) I love storytelling and making things look pretty (including my own head), so I don’t mind that side of it. I just want people to know theres often so much more too it. Social media can be playful, pretty and fun, just don’t take things at face value, we all have vulnerabilities, worries, anxieties, even the strongest of us. 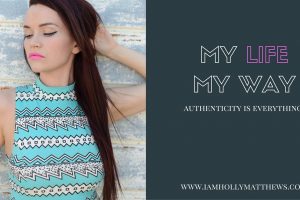 Are You Your Own Boss?